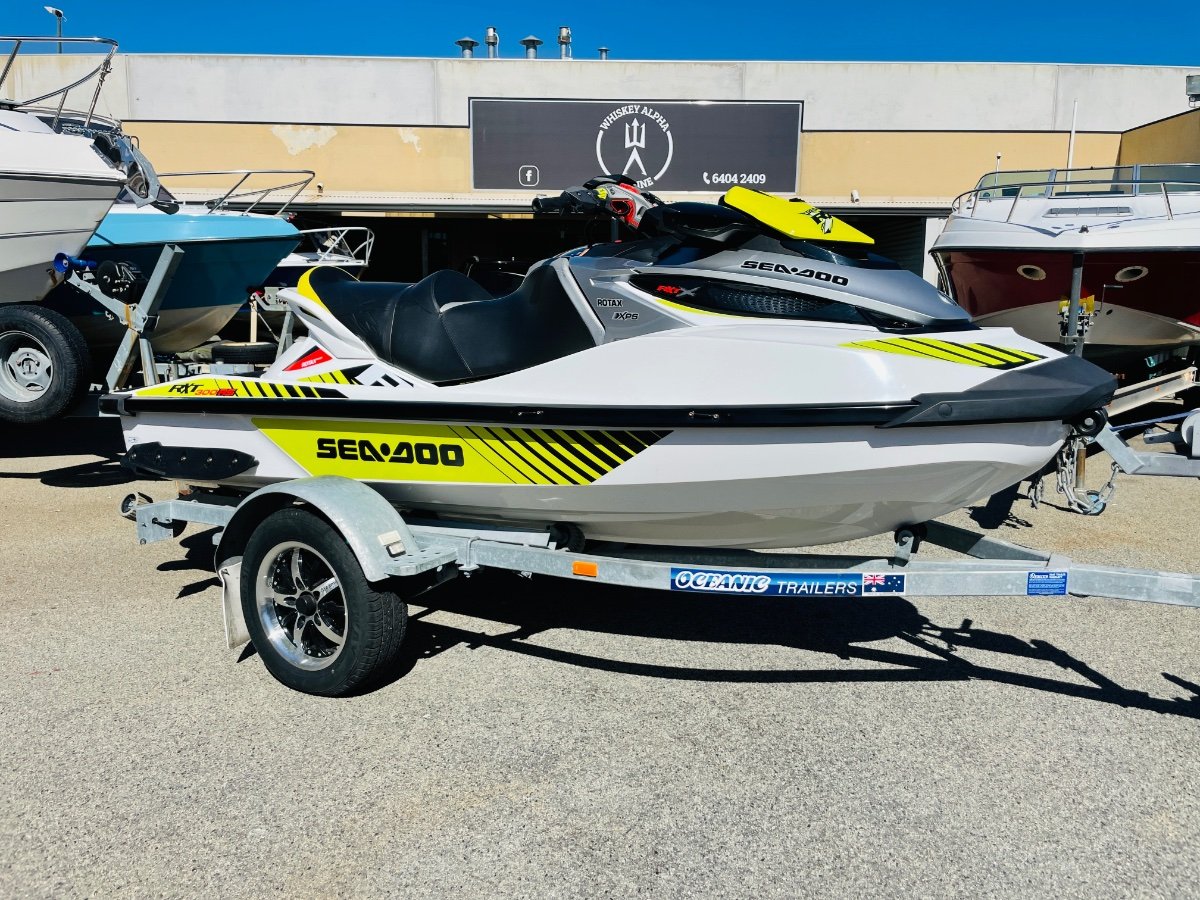 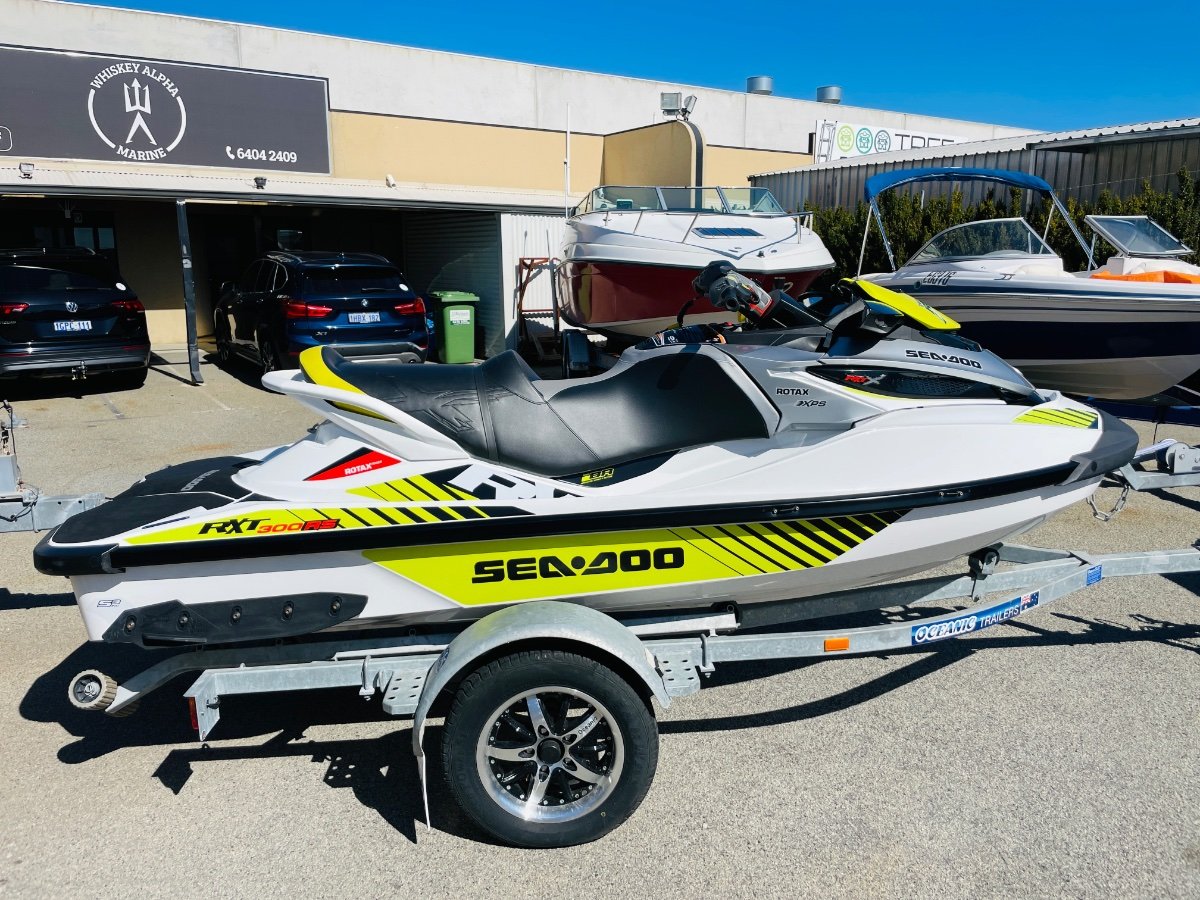 Looking to have the blast of your life then look no further than a Sea-Doo RTX X 300 RS this ski flys.. IF you dare to you better hang on as 100kms/h comes so fast and this ski gives you a rush like no other. This is also the best year of the RXT X 300 RS as this is a legitimate 300hp ski. Lots of upgrades were made in 2016 including bigger motor, new pistons, new cooling, new inter cooler, new supercharger and all on a winning recipe.

As for the craft's deep-V hull, as previously shown it can deliver on that engine's newfound promise. The S3 design walks the line between rough and calm-water master, delivering up a stable, predictable ride when conditions are less than ideal, and yet carving turns worthy of the RXT-X heritage in calmer conditions.

For 2016, however, the rider gets additional help in pushing the hull to its potential. That assistance comes in the form of the ErgoLock concept making its way over from the RXP-X. The saddle is now narrower in the middle, with the flared thigh bolsters familiar to fans of the two-seater. Add the RXP-X's inwardly angled footwell wedges, the width- and tilt-adjustable handlebars, and new grips with flattened palm rests, and you can now use the same technique so successful on the RXP-X, transferring much of the force of aggressive turns away from the weaker upper body to the stronger legs and lower body.

Familiar features include Intelligent Throttle Control, which allows users to select differing acceleration curves - Touring, Sport, or ECO - depending upon how aggressively they want the boat to respond and how much fuel they want to use in the process. You also get the dual, digitally encoded security lanyards, one of which can also govern the craft's speed, adjustable rear sponsons to tailor the craft's response, an info-packed and easy-to-read gauge package, and a handy glovebox which increases in size from the ErgoLock treatment.

For 2016, riders also get a new-and-improved version of Intelligent Brake & Reverse. Sea-Doo's heralded system for braking the craft at speed, as well as allowing the craft to start in neutral and be shifted into forward and reverse via throttle and brake lever on the handlebars, iBR stops the craft without braking.

PLEASE NOTE - offers via email prior to physically viewing the boat or discussing the boat with us in person may not be replied to or considered. Please call us on the numbers provided to discuss genuine offers.

Need your boat sold? Call us today to find out how cost effective and hassle free it can be.

We are more than happy to provide price appraisals obligation free.

Whiskey Alpha Marine are the new kids on the block and understand what our customers are looking for. Trading with honesty and Integrity to ensure your boating purchase is the best we can offer. Call in today to see what makes us different.

While every effort is made to provide accurate information about our listings we accept no responsibility regarding its accuracy and purchasers should always undertake an independent mechanical / hull inspection by qualified personnel.