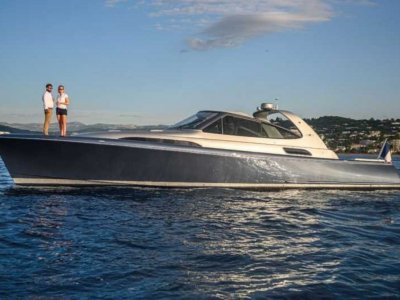 The decision has been made at the recent Cannes Yachting Festival 2019, the striking Palm Beach GT50 Open on her European debut has been nominated in the up to 20m category for the European Powerboat of the Year 2020 Award!

The engineered simplicity of the GT50 has been successful since its debut at the Newport International Rhode Island Boat Show in September of 2018, where she won the title of the Best New Powerboat Over 35?. After her visit to Newport, she continued to attend boat shows across America and in Australia, having her Australian premiere at the Sanctuary Cove Boat Show this past May for her first time in home waters. In September, the GT50 made her grand European premiere at the Cannes Yachting Festival in her open-top configuration, being nominated for the award for the European Powerboat 2020, and she will soon make her premiere over in New Zealand at the Auckland Boat Show.


For more information, check out: https://www.palmbeachmotoryachts.com/gt-series/gt50/

Check out all of our Plam Beach Motor Yachts For Sale