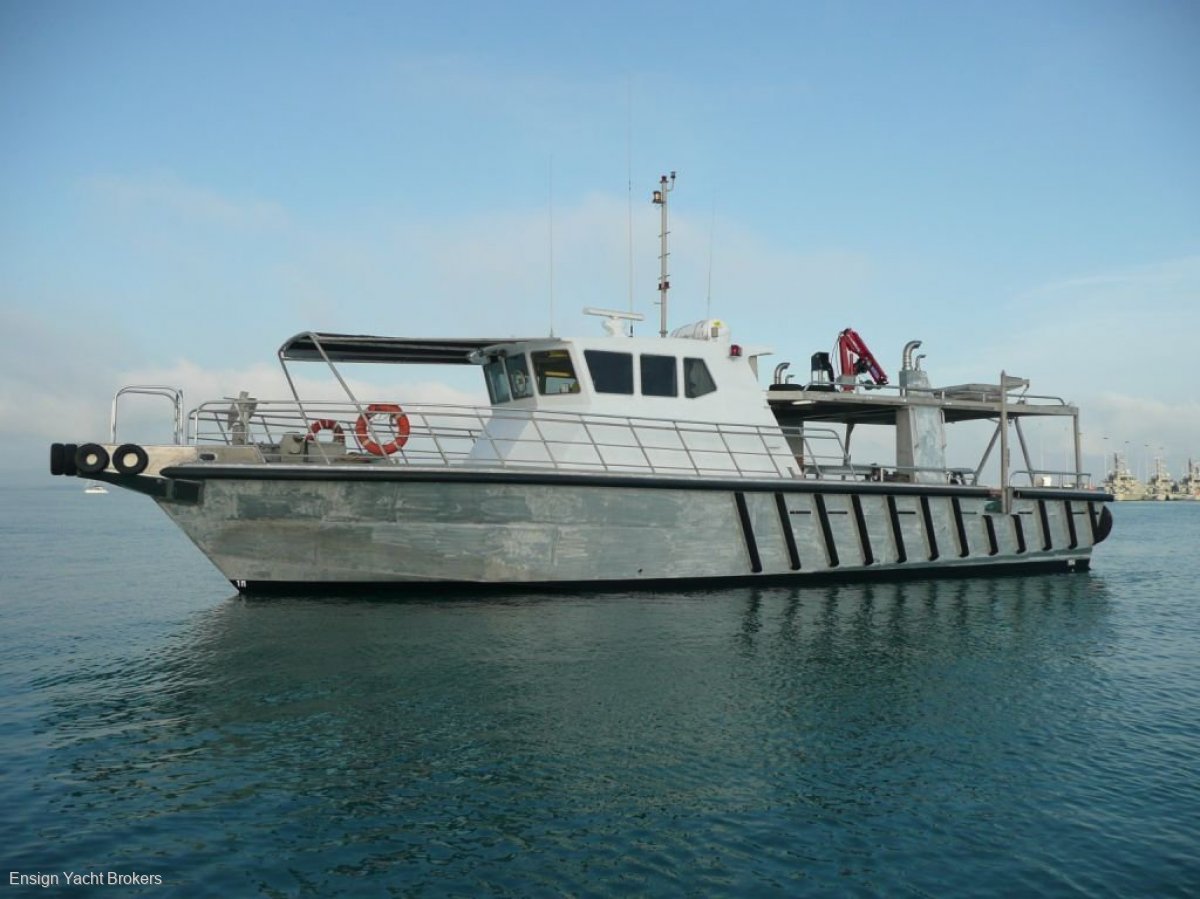 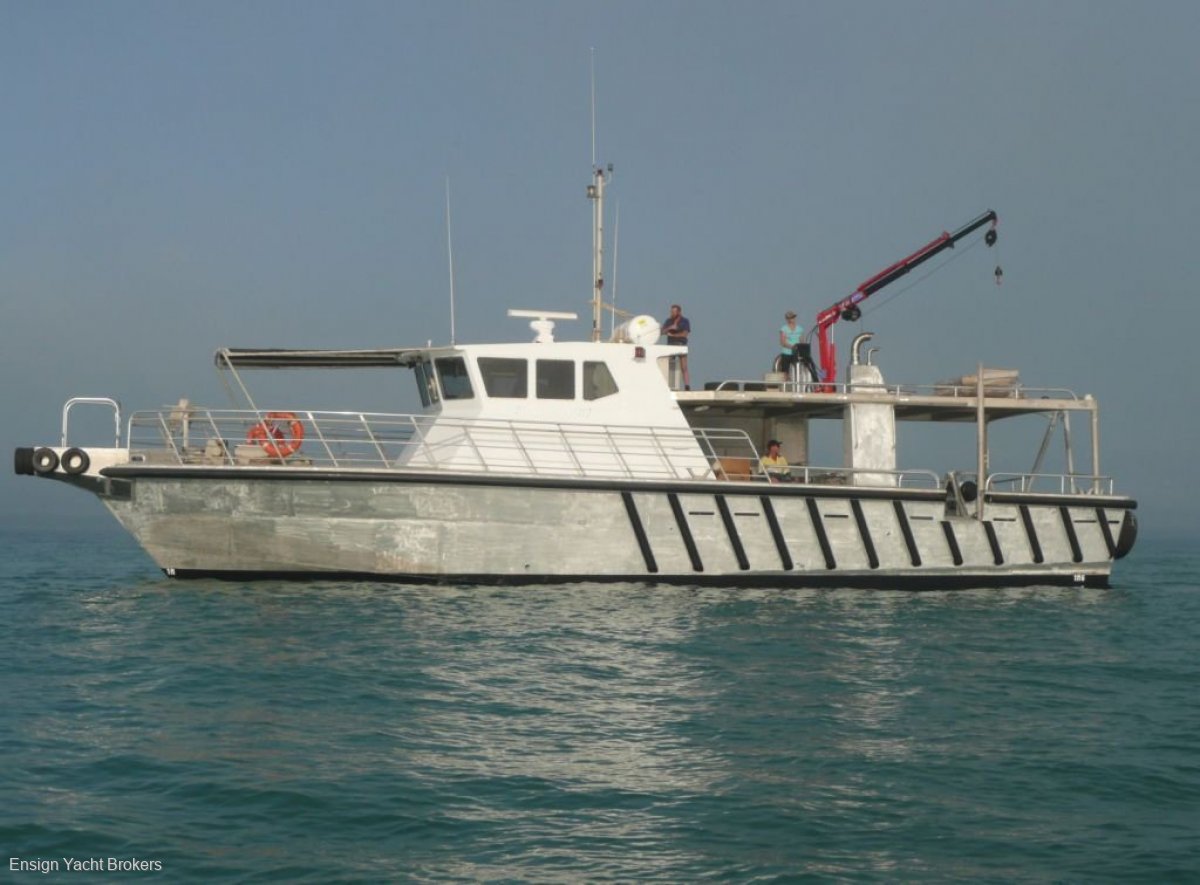 Description: SBF Shipbuilders Alloy Work Boat
HAMA, being a class "B" boat, is able to travel 200 nm offshore as is,

First thing to note about the boat is that it has barely been used since new. It has only just turned over 4,000 hours on the twin 400 hp Cummins NTA855-M keel cooled mains SINCE NEW. The boat was built for one of the two Major Pearling companies in the North West of Australia - the Japanese descended Hamaguchi's - the original pioneering pearling farmers of Australia. The Paspalleys are the second. The boat gets its name from the Hamaguchi's name. HAMA (from their company and family name) Pearl (that's what they did) and II, because it was the second of two identical boats built.

The engines are large, slow revving 14 ltr 6 cylinder Cummins NT855-M models. I was told to run the boat with each engine at 1400 rpm and for a cruise speed of 12 knots, to obtain greatest operating efficiency. I was told to allow 35 ltrs/hr per each main plus 7 ltrs/hr if one of the 42 kva generators was operating too, for a max. Total fuel burn of 77 ltrs/hr. I steamed the boat home from Gove to Airlie Beach and never saw a fuel burn that high. The average was low to mid 60's (63-64) ltrs/hour for the three engines running. I still plan trips based on 77 ltrs/hr for a safety margin. The boat has a design top speed of 18 knots @ 2100 rpm, but I have only ever done the one (very long) trip in the boat and fuel supplies were extremely scarce over that trip, so I never went over the 1400 rpm, to ensure maximum efficiency and therefore range.

The previous owner used to take 10 persons (8 passengers plus the husband and wife crew) out for week long fishing trips and mandated that everyone must shower nightly before bed - (fishing blood, guts and sweat). They never ran out of water once even though they did not have a water maker on board. The boat is fitted with a diesel fuel pumping system on board, from its' time as a permanently placed "mother ship" for the Hamaguchi's. HAMA would be moored at their sea pearl farms and would stay out there until it required restocking. The pearl farm workers would tie their diesel outboard powered tenders up to HAMA at night and live aboard it. They would refuel the tenders from HAMA's oversized tanks. HAMA is also set up to carry three 4.1 mtr Polycraft tenders on its' deck roof. There is a then brand new, centrally mounted, articulated, Maxilift hydraulic crane to lift them on and off. I only have two of these tenders, as I only had a GBRMPA permit for two tenders. They both have low hour Yamaha 40 hp outboards and a list of other extras.