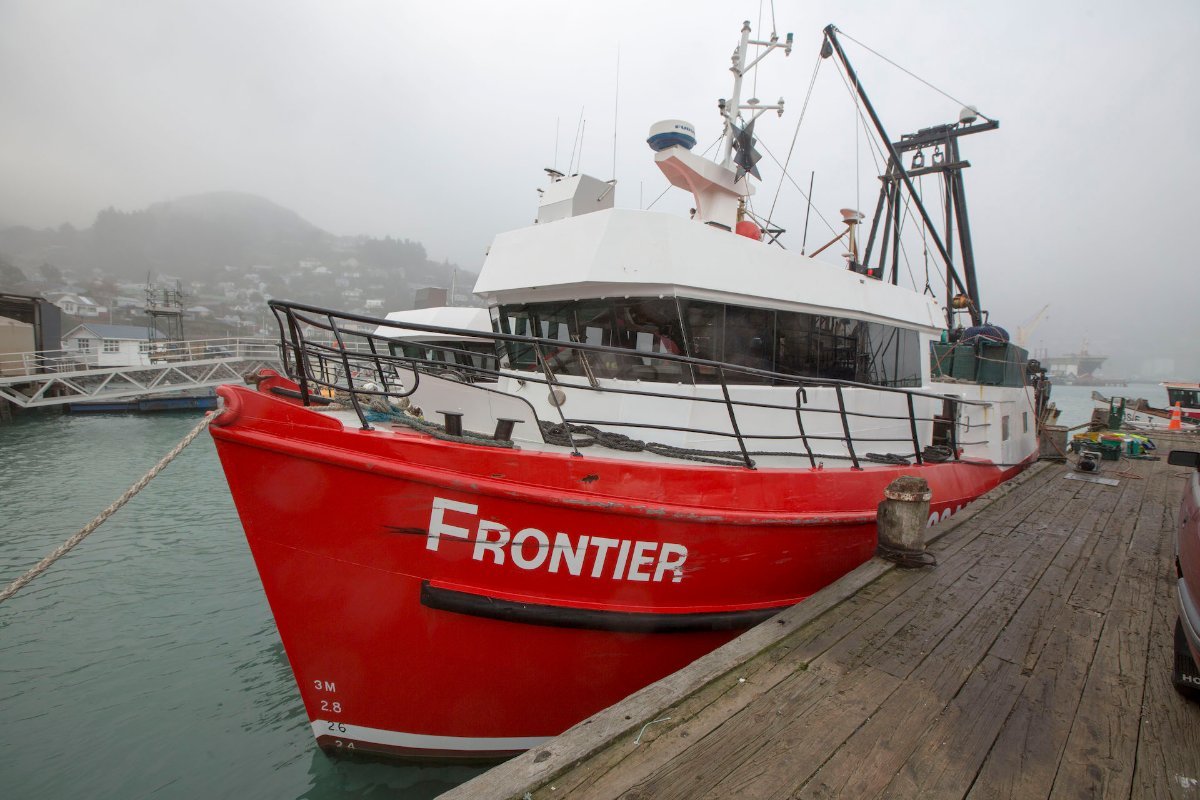 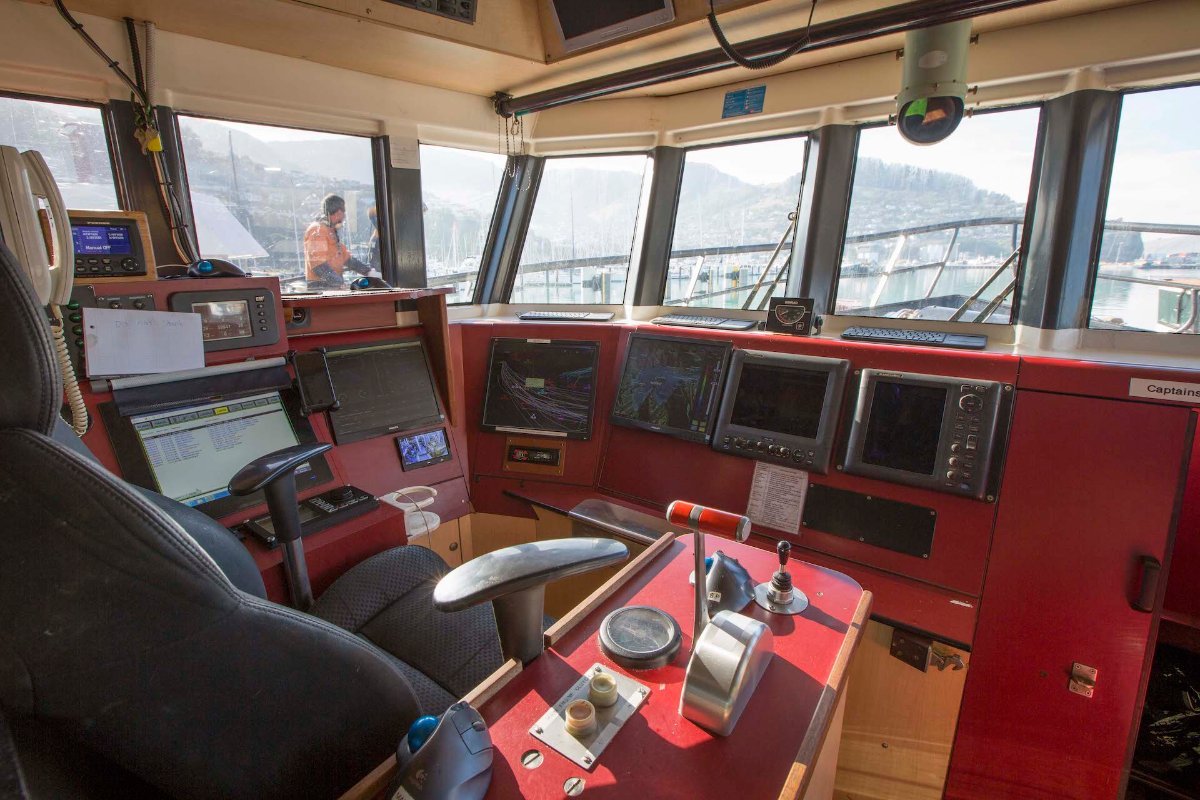 Price
POA
Description: Stark Bros 19m Fishing Trawler
FV Frontier, designed and built by Stark Bros of NZ in 2004, at 19m and 146 tonnes, described as a BIG little ship when launched. A great example of a family boat building & ship repair company also owning and operating commercial fishing vessels - The FV Frontier designed, built, operated, repaired and maintained to the highest standard by the Stark Family, the capabilities and presentation of this near 15 year old vessel will impress. Built in Lloyds A Grade steel plate over shipbuilding bulb flat ( Holland Profile) frames for strength and paint performance, it is obviously above spec for a 19m boat and built to last. Fitted with bilge keels and Stability Wings, this provides a stable platform for crew comfort and fishing operations. With all the necessary fishing electronics to catch fish in a wide range of conditions and to maximise the value of fresh fish, while utilising a CPP and Steerable nozzle to utilise the bollard pull and minimise fuel consumption. From echo sounders to marport net and trawl door monitors, 2 net rollers and good trawl winches, a conveyor from deck pound to sorting table inside the shelter deck, carrying 650 bins in the refrigerated hold, with the onboard Salt Water Ice maker, this vessel is fully self-contained with its own unloading derrick to land fish from the hold directly to the wharf or truck. It is currently fishing, but due to additional vessels joining the Stark Family fleet, it is now being marketed for sale.

Key points of interest from the owners
FV Frontier has a full stability manual and free board certificate as required - copies can be furnished if these are of interest.
FV Frontier has always fished well.
The Frontier was launched on 10.8.2004 so is only nearing 15 years of age.
It has recently been dry docked (August 2018) for its 2 yearly out of water survey, at which time we also fitted a Marport Net Monitoring System which includes both net and trawl door sensors, which is paying strong dividends.
In December 2018 it experienced issues with the Hundested Marine Gear CPG-32,6.45:1 - so it was repaired and overhauled.
In September 2018 the Liferaft as replaced with a new RFD Surviva 8man Solas rated life raft.
In June 2018 we replaced the Echo Sounder with a Furuno FCV-1150 1-3kw
In December 2017 we replaced the SSB radio - fitting an Icom-ICM802 SSB Radio.
In December 2015, following a Main Engine problem, rather than rebuilding it we elected to purchase a new CAT3412 from a trader in Vietnam, manufactured in 2008, with zero hours run time. We inspected in Vietnam, then airfreighted it to NZ, this was dyno tested by Gough CAT Christchurch, all ok and fitted / commissioned.
The engine is rated at 509 HP, it has now completed approx. 18,000 hours.
Fuel Consumption - again this depends on the operation of the vessel, however as a guide we use around 50 - 55 litres per hour - Main Engine and Generator included.
In May 2013 we replaced the Radar - fitting Furuno M1835 Radar.
In October 2010 we made the decision to increase the ratio of the gearbox from 3.96:1 to 6:45 to obtain additional fuel saving.
This alteration was completed with manufacturers assistance and surveyor approval with the engine being de-rated from 635HP to 509HP and reducing Bollard Pull from 9.6 tonnes on launching to ~ 8 tonnes, which is still impressive for a vessel of her size.
In September 2009 we replaced the echo sounder with a Simrad EQ44 Echo Sounder.
This vessel has always been maintained to the highest standard with no short cuts, always ensuring the most robust vessel is available at all times for the crew to go fishing.
The FV Frontier is in survey with SGS M&I and is surveyed as an NZ Offshore Fishing Vessel ( to 200nm offshore ), it is also within the MOSS system with MNZ and is fully compliant in all aspects of safe vessel operation. The owners run a relatively comprehensive set of spreadsheets which track Weekly Servicing / Maintenance Worklist / Safety Equipment / Parts Lists. The Weekly Servicing is tracked with each item assigned an hourly interval for servicing, enabling a weekly service list to be generated based on the engine hours.
The FV Frontier also has a variable pitch propeller (as with all our vessels), providing the maximum benefit in fuel efficiency possible.
Fuel Use: The vessel has an average of 50.30 litres fuel used per engine hour over the past 2
Obviously the catch value and quantity achieved by a fishing vessel is dependent on the skipper, the area it fishes and also the catch plan and ACE available, so it is difficult to make comparisons as to the quantity of fish we catch vs the quantity of fish another operator might catch with it. However as a guide, the FV Frontier consistently catches about 1100 - 1500 tonnes of fish per year, this is without any major bulk fish contracts, which if we had quota available would enable this to be increased significantly. Its operation has consistently seen the vessel at sea 5 days per week, and about 46 weeks a year, achieving between 5,000 and 5,500 engine hours per year. The FV Frontier fishes with Skipper and 2 or sometimes 3 crew. The owners believe this length vessel 19.15m and 146 tonnes displacement is ideally suited to both inshore and middle depth fisheries - but given the winches can carry 2500m of 16mm wire per side this does give her some serious capability even in deeper waters. It will carry 650 standard sized plastic bins in the fish hold stacked 9 bins high, which is refrigerated with cold wall panels, as well using flake ice from the onboard salt water ice maker.
SELLER DETAILS
Broker / Dealer
SeaBoats